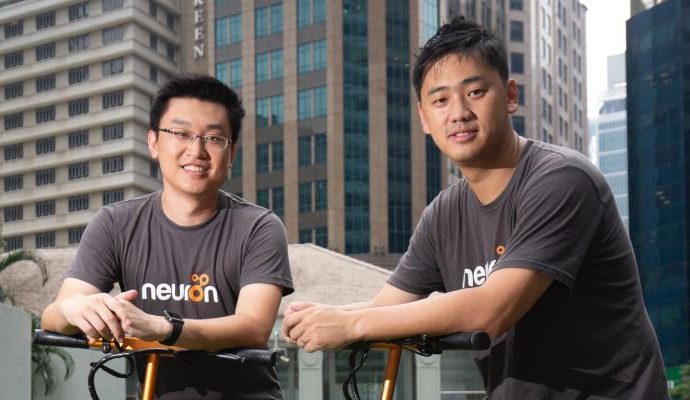 Despite the rise in electric scooters in the U.S., you’d be forgiven for thinking that Asia — the region where bike-sharing foreshadowed the rise of e-scooters — has been left off the party. But e-scooters have quietly been in the region for some time and now they are beginning to ramp up. Singapore-based Neuron Mobility is…

Despite the rise in electric scooters in the U.S., you’d be forgiven for thinking that Asia — the region where bike-sharing foreshadowed the rise of e-scooters — has been left off the party. But e-scooters have quietly been in the region for some time and now they are beginning to ramp up.

Singapore-based Neuron Mobility is one such riser, and the company announced today that it has raised a SG$5 million ($3.7 million) seed round to explore overseas growth opportunities. The money comes from a collection of investors that include SeedPlus, 500 Startups, SEEDS Capital, ACE Capital, undisclosed angels and family offices.

Founded in 2016, Neuron has offered electric scooters in Singapore since last year. That fleet is currently downsized, CEO Zachary Wang told TechCrunch in an interview, because the startup is awaiting new regulation from the Singapore government. He expects that to take another one or two months. At its peak, Wang said, Neuron was Singapore’s latest provider with around 1,000 e-scooters on the island nation, although the number is down to “a few hundred” right now.

Scooters from Neuron and other rivals have been impounded in Singapore in recent times because they have been parked in illegal areas. Singapore currently prohibits scooters from being left in public places, such as subway stations, but pre-defined adjacent spaces are OK. As such, Neuron charges users a $5 fee when they leave their ride in the wrong place. That’s detected by geo-fencing tech and the charge covers the cost of sending a staffer to move it, Wang explained.

Despite it forcing the startup to slim down its operations, Wang is supportive of the Singapore government’s moves. Admitting that on-demand bikes and scooters can pile up “like rubbish on the streets in many cities,” the Neuron CEO said that “multi-use of sidewalk pavements [from scooters and other services] is here to stay and regulation brings rights to operate, which is a good thing.” 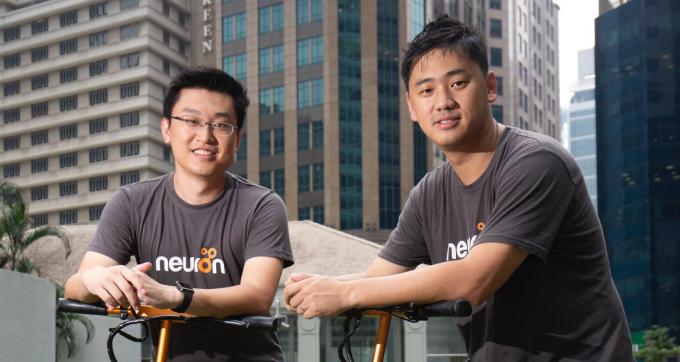 While it is liaising with the Singapore government, Neuron is also taking its first steps overseas. That’s seen it deploy scooters in Thailand — capital Bangkok and northern city Chiang Mai — with an expansion to Malaysia set to happen before the end of this year.

It has trodden carefully, however. In Bangkok, Neuron is working with real estate giant Sansiri to offer last mile options around one of the developer’s main sites that includes retail, residential and education facilities in close proximity. In Chiang Mai, it is offering transportation in the old part of the city, which is popular with Chinese tourists and where bike-sharing services like Mobike are popular.

When pressed on safety, Wang said that keeping the focus on specific parts of the city is important. Indeed, Asia’s mega cities are frankly dangerous for even seasoned motorcycle or bike drivers, let alone part-time electric scooter riders, while a number of people in the U.S. have died following collisions with e-scooters. With that in mind, Neuron said it is also planning a “ride responsibility” campaign.

Looking beyond Malaysia, Wang said that Neuron aspires to be in other parts of Southeast Asia — which houses more than 650 million people — as well as cities that are comparable to Singapore, such as those in Australia. Those expansions, however, won’t happen until the startup raises another round of funding; that’s something that he anticipates could come in the first half of 2019, although Wang is coy on details at this point.

Speaking more broadly about the expansion of e-scooter startups like Bird and Lime, which have moved into Europe and most recently Asia, Wang — the Neuron CEO — stressed the importance of local players.

“The Southeast Asia game must be played by Southeast Asia players because the region is so fragmented,” he said. “Traditionally, it is very difficult to penetrate markets, so the hyper-local approach becomes all important.”

Beyond working with regulators, Wang said another example of its local approach is that it is developing its own bespoke scooters, rather than going with off-the-shelf products from the likes of Xiaomi -owned Ninebot, which is outfitting most U.S. startups. Neuron’s “next-gen” scooter will “come to market pretty soon,” he said.

Neuron has occupied a unique position since it has been around since before bike-sharing startups flooded Southeast Asia last year following the trend in China. Unlike Ofo, oBike and countless others who expanded and then fled Southeast Asian markets, Wang believes that e-scooters are more sustainable as a business because the unit economics are healthier.

“Our rides can be benchmarked against taxi rides,” he explained. While, more generally, e-scooters are “priced between public transportation and taxis” rather than being cheaper than both, as is the case for dockless cycles.