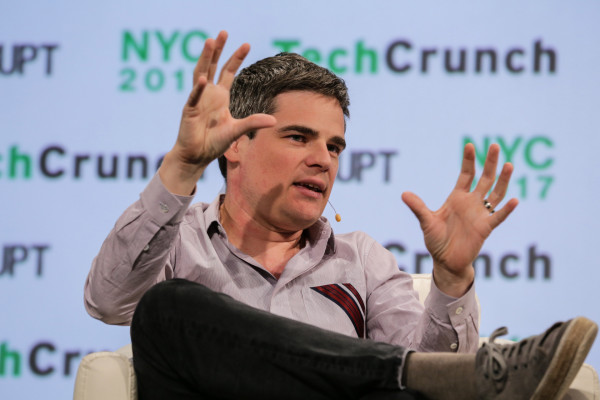 Oscar Health, the upstart healthcare insurance company and technology developer, expects to have roughly 400,000 members insured under its healthcare plans, who collectively will bring in roughly $2 billion in revenue for the company by the end of 2020, according to slides of a presentation from the JP Morgan Healthcare conference seen by TechCrunch. Those…

Oscar Health, the upstart healthcare insurance company and technology developer, expects to have roughly 400,000 members insured under its healthcare plans, who collectively will bring in roughly $2 billion in revenue for the company by the end of 2020, according to slides of a presentation from the JP Morgan Healthcare conference seen by TechCrunch.

Those figures, based on the open-enrollment period that just closed, would represent 50% growth both in membership and revenue for the healthcare provider co-founded by Mario Schlosser and Joshua Kushner, founder of VC firm Thrive Capital and the brother of senior Trump advisor Jared Kushner.

Earlier today, Oscar announced that it was partnering with Cigna to provide services to small business owners. Commercial health insurance is a small but growing proportion of Oscar’s total membership, and it’s one area where the company hopes to expand. Essentially, Oscar can bring its technology-enabled healthcare services to small businesses in concert with the large healthcare networks with which businesses are used to working.

To date, Oscar counts around 375,000 individual members on its insurance plans, with another 20,000 coming through small-group insurance and the balance derived from Medicare Advantage customers, according to a person familiar with the company’s business.

Only three years ago, Oscar was a much smaller business, with only 70,000 members after retrenching its coverage and pulling out of markets in Dallas-Fort Worth and New Jersey. From a footprint that encompassed New York, San Antonio, Los Angeles, Orange County and San Francisco, Oscar now expects to operate in 29 markets by the end of 2020.

Fueling that expansion is prodigious capital infusions the company has received over the past few years. In 2018 alone, Oscar raised $540 million from investors including Alphabet, Founders Fund, Capital G (Alphabet’s later-stage investment firm) and Verily, Alphabet’s investment firm focused on life sciences. In all, Oscar Health has raised $1.3 billion to fulfill its vision of providing better healthcare services through technologies like a mobile app for telemedicine, physician consultations, booking appointments, prescription refills and a more concierge-like healthcare experience for its members.

Initially, the company took advantage of the Affordable Care Act’s creation of new marketplaces for individuals to buy health insurance when it launched in 2012, but is now looking to buoy its growth by adding more deals with insurance providers like Cigna for small businesses.

Ultimately, the company envisions a healthcare industry where employer-defined plans will disappear as more consumers turn to Individual Coverage Health Reimbursement Arrangements. In that environment, Oscar’s bespoke services — like the recent partnership with the startup Capsule Pharmacy to provide same-day prescription delivery for Oscar’s members in New York — or the company’s tight relationship with providers like the Cleveland Clinic, become competitive advantages.