Coronavirus: The global race to patent a remedy 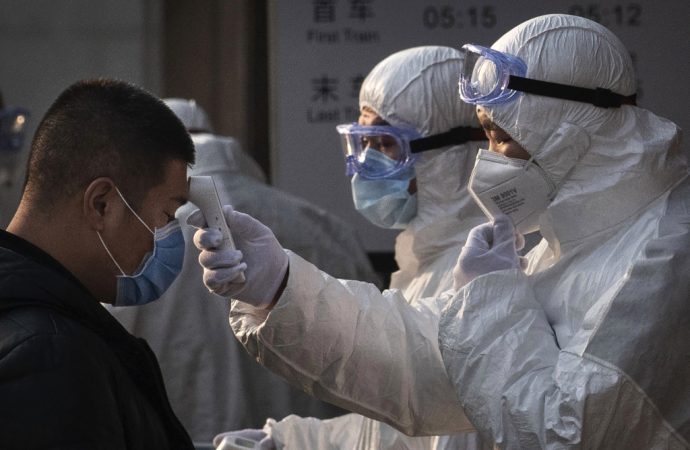 As a lethal coronavirus triggers a humanitarian crisis in the world’s most populous nation, who owns the rights to a potential cure? The Bay Area’s pharmaceutical powerhouse Gilead Sciences is first in line for a Chinese patent for its medicine called Remdesivir, which shows promise against the broad family of coronaviruses. But now a team…

As a lethal coronavirus triggers a humanitarian crisis in the world’s most populous nation, who owns the rights to a potential cure?

The Bay Area’s pharmaceutical powerhouse Gilead Sciences is first in line for a Chinese patent for its medicine called Remdesivir, which shows promise against the broad family of coronaviruses.

But now a team of Chinese scientists say they’ve improved and targeted its use – and, in a startling move, have also filed for a patent.

As the world braces for a pandemic, the contest for rights to the potential treatment is a test of global competition and cooperation during a trade war between two top economies. On Thursday, the World Health Organization announced 59,804 cases and more than 1,300 deaths. Almost all of the infected are in China; 15 are in the U.S.

“Each side wants to be the entity that came up with the treatment for coronavirus,” said Jacob Sherkow, professor of law at the Innovation Center for Law and Technology at New York Law School. “This is not a knockoff of a Louis Vuitton handbag,”

Five years ago, it sorted through 1,000 chemical compounds to find the new antiviral agent. Patent protection – and market exclusivity — is the lifeblood of drug companies like Gilead, creating the incentive to find, test and market a medicine.

But the stakes are also high for the government-run Wuhan Institute of Virology in China, at the epicenter of the outbreak, which asserts it has found a better way to use the drug to save lives.

If both patents are granted and the drug is approved for use, the profits will be split, predict experts. And the two nations will be linked like twins to future use of the drug, with both teams exerting leverage.

The race to claim the cure is playing out on a fraught economic landscape.

America’s global leadership in pharmaceuticals is being challenged by China, which has targeted the industry for development through its “Made in China 2025” plan, according to the nonpartisan Information Technology and Innovation Foundation.

Like so many other industries in which China has gained global market share, its core strategy appears to involve copying, according to the foundation. The nation has a history of weak intellectual property protection, biased drug approvals, severe price controls, subsidies, import restrictions, and substandard exports.

And it is becoming more friendly to foreign companies and is strengthening its patent system to reward innovation, according to Stanford Law School professor Lisa Larrimore Ouellette, who studies the economic effect of both U.S. and international patent laws.

There is currently no treatment for the illness, called COVID-19, which has spread to two dozen countries, and the death toll in China continues to rise.

But Remdesivir offers hope. In animals, it has combatted the pathogens MERS and SARS, which are structurally similar to the new virus.

For now, Gilead is donating the drug. With Chinese doctors, it is conducting a clinical trial of safety and effectiveness in nearly 800 pneumonia patients. Independently, Chinese scientists are testing the drug in virus-infected cells in their labs.

Remdesivir is thought to work by confusing a key enzyme that a virus needs to reproduce itself.

Gilead, which specializes in antiviral drugs, found it by “screening” of the company’s vast library of chemical compounds, an approach that is revolutionizing drug discovery. Companies spend a lot of money building these libraries, then test promising compounds on different cells or molecules to see if they are a “hit” for a certain disease target. Most hits go nowhere.

The company hoped it would work during the West African Ebola outbreak of 2013 to 2016.  But as a Ebola drug, it was a flop.

Now the drug has been repositioned as a treatment for coronaviruses. And it seemed to help the first U.S. case of the virus, a man in Snohomish County, Washington. While no broad conclusions can be made from a single treatment, the patient’s condition improved dramatically the next day.

Meanwhile, Chinese researchers are desperately trying to find a treatment, as well. In January, after testing at least 30 drug candidates against the new pathogen, they stated that Remdesivir, when used with two other drugs, had “fairly good inhibitory effects” on infected cells in culture.

Last week, the elite Wuhan Institute of Virology and China’s Military Medicine Institute announced it had applied for a patent. This step was necessary, it said, “to protect national interests.”

While its application is not public, China says it is seeking a “use patent” — unlike Gilead’s approach, the drug is to be used in combination with chloroquine, a common medication used to treat malaria, and not alone. Such “use patents” are common in China, because of the nation’s history of using varying formulations of traditional Chinese herbs as medicine.

And the Chinese say their approach is different because they’re specifically targeting the new virus, not the general family of viruses.

“My impression is that the patent situation in China is driven by two concerns: scientific prestige and priority,” said Shekow. “For China’s state sovereignty, it does not want a U.S. company holding the keys to treating what is mostly an endemic illness at this point.”

Gilead is not conducting interviews about the dispute. But company spokesman Ryan McKeel said  “Gilead has no influence over whether a patent office issues a patent to the Chinese researchers. Their application has been filed more than three years after Gilead’s filing and will be considered in view of what is already known about the compound and pending patent applications.”

China’s approach could have merit, said Mark Cohen, who heads the Asia Intellectual Property Project at the Berkeley Center for Law and Technology at UC Berkeley Law School.

“It could be more efficacious,” he said. “It could be that putting ‘this’ and ‘that’ together has a synergism that makes it more effective. There Is nothing inherently wrong with a research organization filing for a patent on an existing pharmaceutical compound for a new use.”

Even if China’s contribution is minor, it might help patients,  he said. “There are things we work with every day that are better because of incremental improvements.”

But he’s suspicious why Gilead’s application sat for three years — then, “in a matter of weeks, China asserts the discovery of a novel application.”

“And the track record for Western pharmaceutical companies in China isn’t good,” he added, “due to long regulatory delays, China’s challenges to patent validity, and the fast introduction of generic drugs.”

How will it end?

“The Gilead patent is much much stronger,” said Ana Santos Rutschman of the Center for Health Law Studies at St. Louis University School of Law. “Unless there is something fundamentally different about the second one, I would find it very hard for the Chinese institute to have a working drug without using Gilead’s technology.”

“One may cannibalize the market of the other,”  said NYU’s Sherkow.

If Remdesivir works as hoped, experts agreed, the drug will cement Gilead’s role as a savior in an emerging public health crisis.

“But it won’t be at the price point they want,” said UC Berkeley’s Cohen.]

Associated Press contributed to this article.