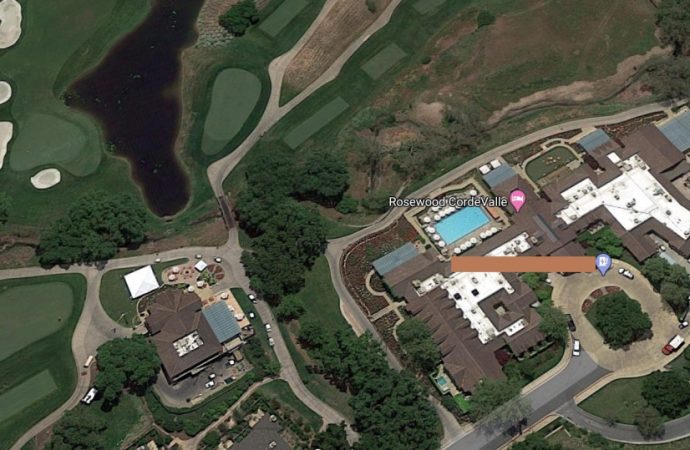 SAN MARTIN — Hotels, spas, stores, and restaurants, including some in getaway destinations for California, are among the employers that revealed plans for job cuts totaling in the thousands for the Bay Area and nearby regions amid the coronavirus panic, state labor officials reported Thursday. Rosewood CordeValle, Carmel Valley Ranch, and Ventana Big Sur were…

SAN MARTIN — Hotels, spas, stores, and restaurants, including some in getaway destinations for California, are among the employers that revealed plans for job cuts totaling in the thousands for the Bay Area and nearby regions amid the coronavirus panic, state labor officials reported Thursday.

Rosewood CordeValle, Carmel Valley Ranch, and Ventana Big Sur were some of the high-profile names that issued warnings they were planning layoffs, the latest grim reminder of the economic devastation spawned by the coronavirus.

In the nine-county Bay Area, the planned job cuts total about 1,300, and in Monterey County, the employment reductions total 800, the EDD reports show.

The 1,282 job cuts planned in the Bay Area represented a huge increase over the filings in the two 15-day reporting periods for WARN notices.

During the 15 days that ended on Feb. 25, employers disclosed plans to eliminate 769 jobs in the Bay Area, a review of the EDD filings shows. Over the 15-day stretch that ended on March 10, employers revealed that they intended to cut 287 jobs.

Put another way, the reductions of 1,282 jobs for the roughly two-week March 25 reporting period exceeded the 1,056 job cuts that were announced over the one-month period that ended on March 10.

San Martin-based Rosewood CordeValle, a hotel, resort, spa, and golf course that in 2016 hosted the U.S. Women’s Open Golf Tournament, reported the largest number of layoffs in the March 25 reporting period, 263. A CordeValle representative said the complex was closed temporarily due to restrictions imposed by Santa Clara County officials.

San Francisco’s Hotel Riu Plaza Fisherman’s Wharf reported cutbacks of 209 jobs. A representative said the hotel was shut until at least May 1.

In Monterey County, Carmel Valley Ranch reported plans for 600 layoffs. The website for the resort in Carmel Valley blamed the coronavirus situation for the shutdown.

“The hotel has temporarily suspended normal operations and is not currently accepting room, restaurant, bar, or other reservations until it is safe to do so,” Carmel Valley Ranch Stated.

Ventana Big Sur, a famed resort perched above the Pacific Ocean alongside State Route 1, said it was eliminating 216 jobs. The resort in Big Sur also blamed the coronavirus woes for its shutdown and didn’t offer a date for re-opening.

“We have ceased operations until May 1,” a recorded message at the Las Alcobas Resort’s main phone number stated, adding that the safety of guests and employees was the primary reason for the shutdown.

Restaurants such as Blackhawk Grille in Danville, with 56 employment reductions; Hakkasan Restaurant, with 106 staff cutbacks; and Zuni Cafe of San Francisco, with 91 job cuts, also revealed plans for layoffs.

“Out of an abundance of caution, we are taking the step to close Blackhawk Grille until further notice,” according to a posting on that upscale dining establishment’s website.