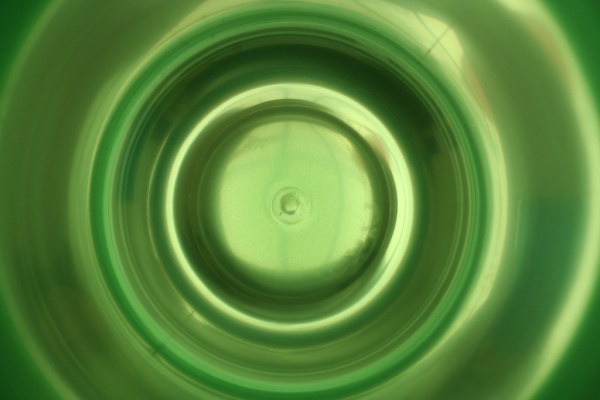 Customer reviews play a key role in helping people decide what to buy on consumer-focused marketplaces like Amazon or app stores, and the same tendency exists in the B2B world, where nearly half a trillion dollars is spent annually on software and IT purchases. TrustRadius, one of the startups capitalising on the latter trend with…

Customer reviews play a key role in helping people decide what to buy on consumer-focused marketplaces like Amazon or app stores, and the same tendency exists in the B2B world, where nearly half a trillion dollars is spent annually on software and IT purchases. TrustRadius, one of the startups capitalising on the latter trend with total feedback sessions today standing at close to 190,000 reviews, has now picked up a Series C of $12.5 million led by Next Coast Ventures with existing investors Mayfield Fund and LiveOak Ventures also participating.

The funding, which brings the total raised by TrustRadius to $25 million (modest compared to some of its competitors) will be used to build more partnerships and use cases for its reviews, as well as continue expanding that total number of users providing feedback.

In addition to its main site — which goes up against a huge number of other online software comparison services like TrustPilot, G2 Crowd, Owler, and many others — TrustRadius is already working with vendors like LogMeIn, Tibco and more (including a number of huge IT companies that have asked not to be named).

TrustRadius mainly works with them on two tracks: to source a wider range of reviews from their existing customer bases to improve their profiles on the site; and then to help them use those reviews in their own marketing materials. Partnerships like these form the core of TrustRadius’s business model: people posting reviews or using the site to read them access it for free.

Vinay Bhagat, founder and CEO of TrustRadius, believes that his company’s mission — to help IT decision makers vet software by tapping into feedback from other IT buyers — has found particular relevance in the current market.

“I think that gravity is on our side,” he said in an interview. “If you think about how the tech industry is evolving and getting things done, IT decisions are getting decentralized and moving out of the CIO’s office. Millennials are ageing into positions of authority, and it means that the way people had previously bought software — by way of salespeople or on the basis of analyst reports — are changing. There is pent-up demand to hear the roar of peers and that’s where we come in.”

User-generated reviews have come under a lot of criticism in recent times. Regulators have been going after companies for not being vigilant enough about policing their platforms for “fake” reviews, either planted to big up a product, or by rivals to knock it down, or coming from people who are being paid to put in a good word. The argument has been that the marketplaces hosting those reviews are still bringing in eyeballs and product conversions based on that feedback, so they are less concerned with the corruption even if it longer term can likely sour consumers on the trustworthiness of the whole platform.

That belief is not wholly true, of course: Amazon for one has recently been making a huge effort to improve trust, by going after dodgy reviewers and setting up systems to halt the trafficking of counterfeit goods.

And Bhagat argued to me that it doesn’t hold for TrustRadius, either. The company has a focused enough mandate — B2B software purchasing — within a crowded enough field, that losing trust by posting blindly positive reviews would get it nowhere fast.

At the same time, he noted that the company has held a firm line with its customers on making sure that the “truth” about a product is made clear even if it’s not completely rosy, in the hopes that they can use that to work on improvements, and also provide more balanced feed back at the least from existing customers in order to give a more complete picture. (It also, like other reviews sites, makes people who provide feedback do so using professional credentials like work emails and LinkedIn profiles.)

That line has so far carried it into relationships with a number of software companies, which are using reviews as a complement to their own sales teams, and the papers and analysis published by analysts like Gartner and Ovum and Forester, to reach people who are weighing up different options for their IT solutions.

“TrustRadius has become an integral part of today’s economic cycle”, said Bill Wagner, CEO of LogMeIn, in a statement. “Software buyers today need detailed reviews to make sure that the product works for a business professional like themselves. TrustRadius provides that in a transparent way, so buyers can make confident decisions, even about enterprise-grade software.”

The recent swing in the digital world towards data protection and people getting increasingly aware of how their own personal details are used in ways they never intended, has presented an interesting challenge for the world of online services. Most of us don’t like getting marketing and will generally opt out of any “yes, I consent to getting updates from XYZ and its partners!” boxes — if we happen to spot them amid the dark patterning of the net.

TrustRadius and companies like it have an opportunity through that, though: by targeting IT buyers who have to make complicated purchasing decisions and most likely more than one, and in a way that ensures each purchase works with the rest of an existing tech stack, they represent one of the rare cases of where a user might actually want to hear more.

Indeed, one of the company’s plans longer term is to continue developing how it can work with its users through that IT lifecycle by providing suggestions of software based on previous software purchases and also what that user’s feedback has been around a past purchase.

“From day one we have been deal with complex purchasing decisions,” Bhagat said. “Buying technology that will be used to run your business is not the same as buying an app that you use casually. It can be make or break for your company.”