Sustainable microgrids are the future of clean energy 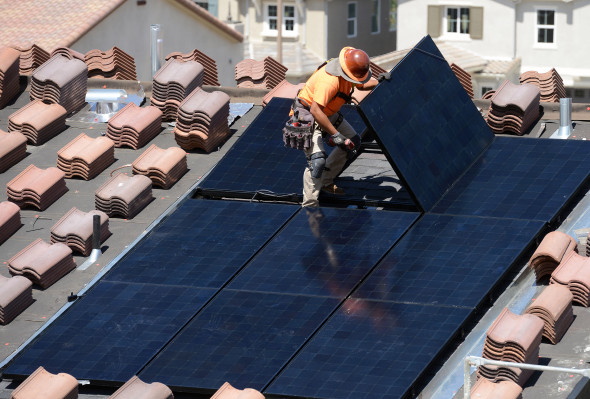 Alex Behrens Contributor Share on Twitter Alex is a research analyst and blogger focused on future technologies in transportation, energy, automation, and decentralization. He has experience in data and operations at Fortune 500 companies and tech startups and has been a regular contributor at Seeking Alpha, Spend Matters, Metal Miner, and other publications. Across the…

Alex is a research analyst and blogger focused on future technologies in transportation, energy, automation, and decentralization. He has experience in data and operations at Fortune 500 companies and tech startups and has been a regular contributor at Seeking Alpha, Spend Matters, Metal Miner, and other publications.

Across the U.S., sustainable microgrids are emerging as a vital tool in the fight against climate change and increasingly common natural disasters. In the wake of hurricanes, earthquakes and wildfires, the traditional energy grid in many parts of the country is struggling to keep the power flowing, causing outages that slow local economies and ultimately put lives at risk.

Microgrids — power installations that are designed to run independently from the wider electricity grid in emergency situations — have been around for decades, but until the turn of the century, relied almost exclusively on fossil fuels to generate power. While it’s taken another 20 years for solar panels and battery storage costs to fall far enough to make truly sustainable microgrids an economic reality, a recent surge in interest and installations have shown that they’ve reached an inflection point and could very well be the future of clean energy.

Take Santa Barbara, where the Unified School District voted unanimously in November to allocate over $500,000 to study and design microgrid installations for schools around the county. A preliminary assessment by the Clean Coalition identified more than 15 megawatts of solar generation potential across 18 school sites.

These solar-plus-battery-storage microgrids would greatly enhance the ability of chosen schools to serve communities during natural disasters or power outages, like the ones induced by California’s PG&E electric utility that affected hundreds of thousands of residents last October. The sites will provide a place to coordinate essential emergency services, store perishable food and provide residents with light, power and connectivity in times of distress.

A completed feasibility study for the microgrid installations is expected in June, and while initial estimates put the final cost around $40 million, long-term power purchase agreements (PPAs) will allow the school district to have the sites set up for free and paid for over time via its normal electric bill — at a cost no greater than grid power. Agreements like these have only become economically viable in the last few years as renewable energy generation costs have continued to fall, and are a major driver of the microgrid boom.

These modules enable faster deployment and provide a viable option for customers or institutions seeking microgrid capabilities in the $15 million price range. The first modular microgrids were launched in May 2019 with financing provided by Generate Capital, a financing firm focused on advanced, clean-energy technology investments.

Meanwhile, on the opposite side of the country, successive disasters are already proving the value of solar-plus-storage microgrids in Puerto Rico. In 2017, Hurricane Maria catastrophically damaged the centralized electricity grid in the U.S. territory and left many without power for more than a year.

A project funded by the Rocky Mountain Institute, Save the Children and Kinesis Foundation installed solar-plus-battery-storage microgrids at 10 schools in the mountainous central regions of the island, designed to provide energy for on-site libraries, kitchens and water pumps indefinitely during power outages. The installations were completed in December 2019, just weeks before a series of earthquakes that began in January endangered the island’s already sluggish economic recovery. The RMI Island Energy Program told Microgrid Knowledge that while grid power around several of the sites had gone down, the microgrids had continued to operate successfully and provide critical services.

Microgrids go beyond schools though. Several communities are also linking solar-and-storage systems mounted on their homes, employing inverters and controllers that have only become efficient and affordable in the last few years to create “community microgrids” that share power among the participants to supplement or replace grid energy.

In January, Australian startup Relectrify closed $4.5 million in Series A funding to continue refining their inverter and battery-management technology that increases battery lifespan by as much as 30% while reducing operational costs. Relectrify tech also allows large batteries from electric cars — including Tesla’s wildly popular offerings — to be repurposed after they are no longer reliable enough for use in EVs, opening up an enormous pool of second-hand batteries to be repurposed for growing microgrid storage demand.

Programs like these are attractive not just because they offer resilience and independence from grid power often produced with fossil fuels, but because they are increasingly the cheaper option for energy consumers. Residential retail energy prices in Puerto Rico were as high as 27 cents per kilowatt hour (kWh) in 2019, while the calculated cost from home solar-plus-battery-storage systems fell as low as 24 cents in good conditions.

The cost of solar installations has plummeted 90% in the past decade according to the research firm Wood Mackenzie. At the same time, the early effects of a warming climate and associated natural disasters have started to take a toll on American energy infrastructure already struggling to keep pace with regular maintenance and demand growth. Impacted communities have already seen the value of microgrids and are racing to adopt them, even as many larger utility providers look to natural gas or other partial solutions that rely on the aging centralized power grid.

The greatest impact of these early sustainable microgrids may reach beyond the emergency power they provide to nearby residents. They offer a glimpse of a radically different way for communities and energy consumers to think about how power is produced and used. In community microgrid systems, residents have a concrete, practical connection to their source of energy and are asked to work together with their friends and neighbors to control their energy demand so there is enough to go around.

Such a system stands in stark contrast to the power grid of today, where peak demand facilities are routinely called upon to burn some of the most environmentally harmful fuels to accommodate demand with few if any social or technological limitations. Sustainable microgrids are finally becoming truly affordable, and in the process are beginning to change the way we think about energy consumption and resilience.