BukuWarung, a fintech for Indonesian MSMEs, scores $60M Series A led by Valar and Goodwater 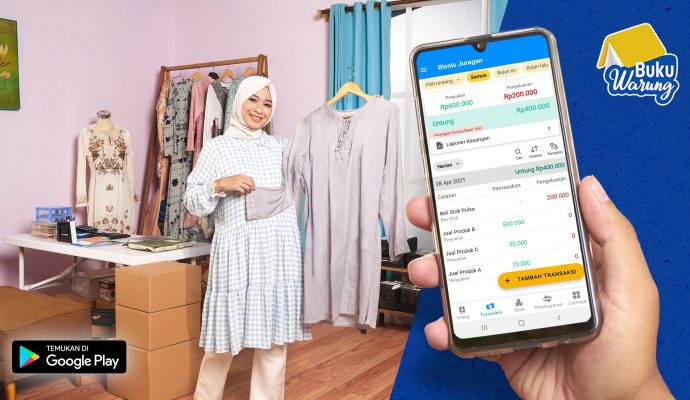 BukuWarung, a fintech focused on Indonesia’s micro, small and medium enterprises (MSMEs), announced today it has raised a $60 million Series A. The oversubscribed round was led by Valar Ventures, marking the firm’s first investment in Indonesia, and Goodwater Capital. The Jakarta-based startup claims this is the largest Series A round ever raised by a…

BukuWarung, a fintech focused on Indonesia’s micro, small and medium enterprises (MSMEs), announced today it has raised a $60 million Series A. The oversubscribed round was led by Valar Ventures, marking the firm’s first investment in Indonesia, and Goodwater Capital. The Jakarta-based startup claims this is the largest Series A round ever raised by a startup focused on services for MSMEs. BukuWarung did not disclose its valuation, but sources tell TechCrunch it is estimated to be between $225 million to $250 million.

Founded in 2019, BukuWarung’s target market is the more than 60 million MSMEs in Indonesia, according to data from the Ministry of Cooperatives and SMEs. These businesses contribute about 61% of the country’s gross domestic product and employ 97% of its workforce.

BukuWarung’s services, including digital payments, inventory management, bulk transactions and a Shopify-like e-commerce platform called Tokoko, are designed to digitize merchants that previously did most of their business offline (many of its clients started taking online orders during the COVID-19 pandemic). It is building what it describes as an “operating system” for MSMEs and currently claims more than 6.5 million registered merchant in 750 Indonesian cities, with most in Tier 2 and Tier 3 areas. It says it has processed about $1.4 billion in annualized payments so far, and is on track to process over $10 billion in annualized payments by 2022.

BukuWarung’s new round brings its total funding to $80 million. The company says its growth in users and payment volumes has been capital efficient, and that more than 90% of its funds raised have not been spent. It plans to add more MSME-focused financial services, including lending, savings and insurance, to its platform.

BukuWarung’s new funding announcement comes four months after its previous one, and less than a month after competitor BukuKas disclosed it had raised a $50 million Series B. Both started out as digital bookkeeping apps for MSMEs before expanding into financial services and e-commerce tools.

When asked how BukuWarung plans to continue differentiating from BukuKas, co-founder and CEO Abhinay Peddisetty told TechCrunch, “We don’t see this space as a winner takes all, our focus is on building the best products for MSMEs as proven by our execution on our payments and accounting, shown by massive growth in payments TPV as we’re 10x bigger than the nearest player in this space.”

He added, “We have already run successful lending experiments with partners in fintech and banks and are on track to monetize our merchants backed by our deep payments, accounting and other data that we collect.”

BukuWarung’s new funding will be used to double its current workforce of 150, located in Indonesia, Singapore and India, to 300 and develop BukuWarung’s accounting, digital payments and commerce products, including a payments infrastructure that will include QR payments and other services.