After 30 years, ‘Crossing the Chasm’ is due for a refresh 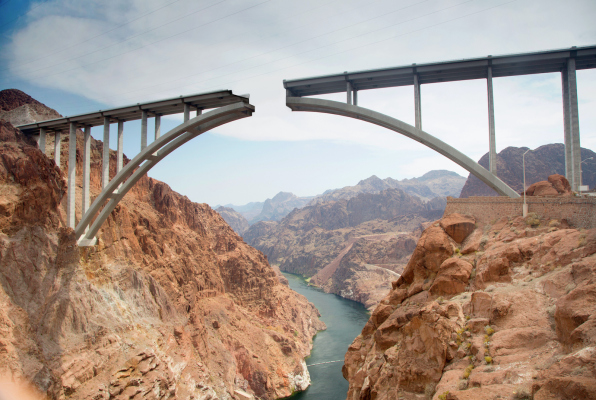 Jeff Bussgang Contributor Share on Twitter Jeff Bussgang of Flybridge Capital is a former entrepreneur turned venture capitalist who teaches entrepreneurship at Harvard Business School. When I was at Open Market in the 1990s, our CEO gave out the recently published book “Crossing the Chasm” to the executive team and told us to read it…

When I was at Open Market in the 1990s, our CEO gave out the recently published book “Crossing the Chasm” to the executive team and told us to read it to gain insight into why we had hit a speed bump in our scaling. We had gone from zero to $60 million in revenue in four years, went public at a billion-dollar market cap, and then stalled.

We found ourselves stuck in what author Geoffrey Moore called “the chasm,” a difficult transition from visionary early adopters who are willing to put up with an incomplete product and mainstream customers who demand a more complete product. This framework for marketing technology products has been one of the canonical foundational concepts to product-market fit for the three decades since it was first published in 1991.

Why is it that in recent years, wild-eyed optimistic VCs and entrepreneurs keep undershooting market size across the tech and innovation sector?

I have been reflecting on why it is that we venture capitalists and founders keep making the same mistake over and over again — a mistake that has become even more glaring in recent years. Despite our exuberant optimism, we keep getting the potential market size wrong. Market sizes have proven to be much, much larger than any of us had ever dreamed. The reason? Today, everyone aspires to be an early adopter. Peter Drucker’s mantra — innovate or die — has finally come to pass.

A glaring example in our investment portfolio is database software company MongoDB. Looking back at our Series A investment memo for this disruptive open-source, NoSQL database startup, I was struck that we boldly predicted the company had the opportunity to disrupt a subsegment of the industry and successfully take a piece of a market that could grow as large as $8 billion in annual revenue in future years.

Today, we realize that the company’s product appeals to the vast majority of the market, one that is forecast to be $68 billion in 2020 and approximately $106 billion in 2024. The company is projected to hit a $1 billion revenue run rate next year and, with that expanded market, likely has continued room to grow for many years to come.

Another example is Veeva, a vertical software company initially focused on the pharmaceutical industry. When we met the company for their Series A round, they showed us the classic hockey stick slide, claiming they would reach $50 million in revenue in five years.

We got over our concerns about market size when we and the founders concluded they could at least achieve a few hundred million in revenue on the backs of pharma and then expand to other vertical industries from there. Boy, were we wrong! The company filed their S-1 after that fifth year showing $130 million in revenue, and today the company is projected to hit $2 billion in revenue run rate next year, all while still remaining focused on just the pharma industry.

Veeva was a pioneer in “vertical SaaS” — software platforms that serve niche industries — which in recent years has become a popular category. Another vertical SaaS example is Squire, a company my partner Jesse Middleton angel invested in as part of a pre-seed round before he joined Flybridge.