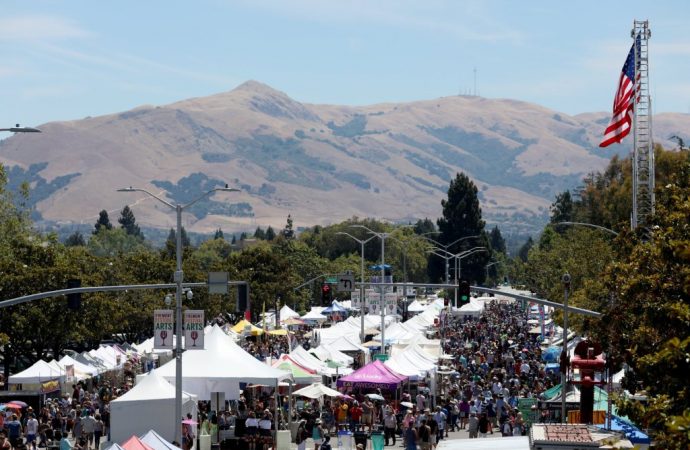 FREMONT — For a second year in a row, the COVID-19 pandemic has forced the cancellation of the Fremont Festival of the Arts, an annual event that draws hundreds of thousands to the city over one summer weekend to soak up sun, sample beer and wine, shop at hundreds of vendor booths, and listen to…

FREMONT — For a second year in a row, the COVID-19 pandemic has forced the cancellation of the Fremont Festival of the Arts, an annual event that draws hundreds of thousands to the city over one summer weekend to soak up sun, sample beer and wine, shop at hundreds of vendor booths, and listen to live music.

Though organizers had hoped to be able to bring the festival back in what would have been its 38th year, concerns over the spread of the delta variant of COVID-19 and how to keep people safe pushed the Fremont Chamber of Commerce to call it off.

Billed annually as the largest free street festival west of the Mississippi, the event was earlier this year pushed from the first weekend in August to late September in an effort to buy more time to allow COVID-19 impacts to fade, and was slated to take place this coming weekend, on Sept. 25-26.

“We thought the pandemic might be a little bit further in our rear view mirror,” Cindy Bonior, the chamber’s CEO said in an interview.

“We thought we were OK moving forward and then the delta variant hit. The cases were increasing at an alarming rate,” she said.

Bonior said trying to control safety and limit spread of COVID-19 likely would have been difficult “because of the size and magnitude” of the festival, which spreads through several central Fremont streets, and often attracts more than 300,000 people.

“There were just too many unknowns to make it safe and to ensure success under the current conditions that we’re facing,” Bonior said.

Bonior also noted there would be a “huge expense” added to the chamber to get supplies and change physical setups to make a large area safer under the new normal of the pandemic.

In 2020, the potential 37th year of the annual event, it was also pushed from August to September before it was ultimately cancelled.

This year, after pushing it out again, the chamber pulled the plug in mid-August, in part so the many vendors and volunteers wouldn’t waste time, effort, and money in planning for something that might not happen.

“We had to make the decision. It was painful, but we erred on the side of caution,” Bonior said.

“We know a lot of people were looking forward to it but we feel we made the right decision. We had to to put the community first,” she said.

Organizers are discussing how to deal with the numbering for next year’s festival, which is currently slated for Aug. 6-7, 2022.

It will be the 39th year since the festival’s inception, but because this year’s event and the previous year’s did not take place, Bonior said they may revert to calling it the 37th Annual Fremont Festival of the Arts.

“We’re looking forward to rebuilding it, and coming back with something even better in the future,” Bonior said.