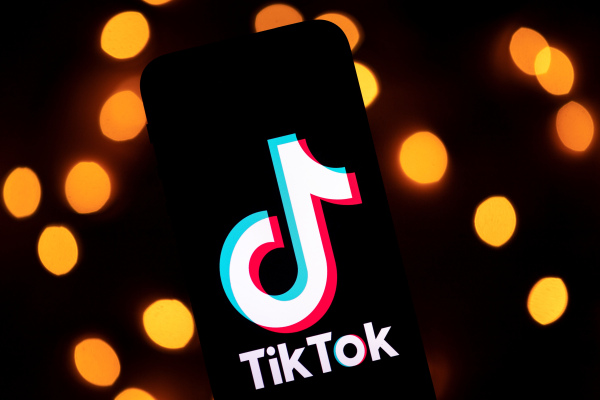 Enterprise provider Oracle is said to have won the bidding war for the U.S. operations of TikTok, a chase in which Microsoft was booted out earlier today. A TikTok spokesperson said the company “[doesn’t] comment on rumors or speculation.” Oracle did not immediately respond to TechCrunch for comment. The Wall Street Journal writes that Oracle,…

Enterprise provider Oracle is said to have won the bidding war for the U.S. operations of TikTok, a chase in which Microsoft was booted out earlier today.

A TikTok spokesperson said the company “[doesn’t] comment on rumors or speculation.” Oracle did not immediately respond to TechCrunch for comment.

The Wall Street Journal writes that Oracle, a rare ally of the Trump administration in Silicon Valley, will be announced as TikTok’s “trusted tech partner” in the United States. Additionally, the Journal cites that a person familiar with the matter says the deal is “likely not to be structured as an outright sale.”

Oracle’s alleged purchase of TikTok’s U.S. operations would put an end to the unclear fate of the app within the country. The app’s reported buy comes days before September 20, the day that the Trump administration set for a ban on TikTok’s operations if the company doesn’t reach an agreement with a buyer. But there’s much confusion about which deadline TikTok will adhere to as Trump said last week “there will be no extension” of the September 15 deadline.

On Sunday, Microsoft said its bid for the U.S. operations of TikTok has been rejected by the app’s parent company, ByteDance.

“We are confident our proposal would have been good for TikTok’s users, while protecting national security interests,” the statement read, stating that Microsoft would make “significant changes” around security, privacy, online safety, and disinformation.

“We look forward to seeing how the service evolves in these important areas,” the statement ended.

Issues and fears around TikTok’s security has been a flagship issue for the app. TikTok was banned in India, along with 58 other apps, due to “national security and defence” issues. India was TikTok’s biggest overseas market. In addition to Microsoft, a number of prominent tech companies have rumored to be in the market for TikTok’s U.S. operations such as Twitter, Google, and Walmart. But, as our Ron Miller pointed out, there’s some reason toward why a company like Oracle would crave an app like TikTok: marketshare.

Oracle has grown out of its database roots and made its way into marketing automation and cloud infrastructure. The company is not just a database maker and provider. It’s a massive operation, that monetizes off of data. Earlier in this pandemic, the enterprise data provider teamed up with Zoom. If Oracle was to bring the same kind of partnership to fruition with TikTok, it would be landed a huge client.

Holger Mueller, an analyst at Constellation Research, told TechCrunch Oracle’s scoop of TikTok “will add plenty of load to their infrastructure service.”

“That’s what matters to them with viral loads preferred. If Microsoft gets TikTok it could boost their usage by between 2% and 5%, while for Oracle it could be as much 10%,” he said.

Oracle’s reported buy, thus, could be a boost that actually makes sense. But a dramatic one, nonetheless.

It’s uncertain how an Oracle deal will carry out or win approval from Beijing, which is clearly not happy with a forced sale. Two weeks ago, the Chinese government updated a set of trade rules that could block the export of artificial intelligence technologies such as those used to personalize TikTok’s user feeds. The revision is widely viewed as Beijing’s move to complicate TikTok’s sale and ByteDance said at the time it will “strictly abide by” the law.

Over the weekend, Reuters reported that Beijing would rather see TikTok close down in the U.S. rather than following Washington’s order to sell, which would “make both ByteDance and China appear weak in the face of pressure from Washington.”

Some form of transaction may still happen, but it might leave out TikTok’s proprietary algorithms developed by ByteDance’s Beijing office, a source told the South China Morning Post. That means TikTok’s U.S. operations or future owner would have to rewrite the very codes that have propelled the app to global domination.

After all, Oracle might end up as a minority stakeholder rather than an owner of TikTok, according to CNBC. An investment tie might just be strong enough to bind Oracle’s cloud services to TikTok, which has over 100 million users in the U.S. market alone.

Whether a sale happens or not, getting caught in geopolitical tensions is probably the last thing that Zhang Yiming, the ambitious Chinese founder of ByteDance, would want for his brainchild.