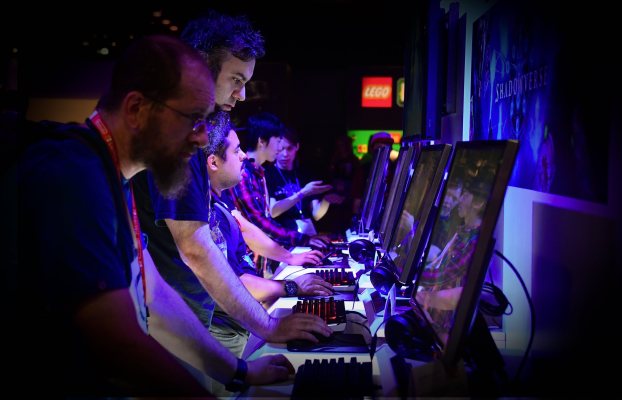 Unity Software, which sells a game development toolkit primarily for mobile phone app developers, raised $1.3 billion in its initial public offering. The company, which will begin trading today with the ticker symbol “U,” priced its shares at the top end of its expected range, selling 25 million shares at $52 per share. The company’s…

The company, which will begin trading today with the ticker symbol “U,” priced its shares at the top end of its expected range, selling 25 million shares at $52 per share.

The company’s final IPO price came in far ahead of what Unity initially anticipated. The company initially expected to price its public offering between $34 and $42 per share, later raising its offering to $44 and $48 per share.

The public offering values the company at around $13.7 billion, a good step up from its final private valuation of around $6 billion.

For Unity, the journey to the public markets has been long. The company was founded as a business that creates software for developers to make and manage their games. In that sense, the company is more like an Adobe or an Autodesk than a game studio like Activision Blizzard or King.com.

As TechCrunch explained in an earlier story profiling Unity and its public offering:

Users import digital assets (often from Autodesk’s Maya) and add logic to guide each asset’s behavior, character interactions, physics, lighting and countless other factors that create fully interactive games. Creators then export the final product to one or more of the 20 platforms Unity supports, such as Apple iOS and Google Android, Xbox and PlayStation, Oculus Quest and Microsoft HoloLens, etc.

Unity IPO aims to fuel growth across gaming and beyond

The Unity public offering will be the first big test of investor appetite for this new approach to game development and the business-to-business tools that enable the new wave of gaming.

And it’s important to note (as we do here) that Unity doesn’t generate a lot of revenue off of its position as arguably the most popular game development platform. In fact, Unity has been pretty bad at monetizing the game development engine. It’s the ancillary services for in-game advertising, player matchmaking and other features that have made Unity the bulk of its money.

And there’s still the company’s biggest competitor, Epic Games, waiting in the wings. Here again, the analysis from TechCrunch’s previous reporting is helpful:

[Unity] also will want to benefit from comparisons to Epic Games, given [Epic] was just valued at $17 billion and has much greater public name recognition and hype.

To accomplish this, Unity seems to be underplaying the significance of its advertising business (adtech companies trade at much lower revenue multiples). In the past, Unity referred to its operations in three divisions: Create, Operate and Monetize. At the start of August, the SVP and VP leading the Monetize business switched titles to SVP and VP of Operate Solutions, respectively, and then Unity reported the monetization business as a subset of its Operate division in the S-1.

Consolidating Operate and Monetize into one reporting segment obscures specifics about how much revenue the ads business and the live services portfolio each contribute. As noted above, this segment appears to be dominated by ad revenue which means anywhere from 30% to 50% of Unity’s overall revenue is from ads. That should reduce the revenue multiple public investors are willing to value Unity at relative to recent and upcoming SaaS IPOs.

There isn’t a publicly-traded game engine company to directly benchmark Unity against, nor a roster of equity research analysts at big banks who have expertise in gaming infrastructure. Adobe and Autodesk appear to be relevant businesses to benchmark Unity against with regard to the nature of the non-advertising components of the business and Unity’s stated vision. Compared to Unity, those companies have lower growth rates and generate operating profits though; more recent public listings of SaaS companies like Zscaler and Cloudflare are likely to be valuation comps by investors to the extent they focus on its subscription and usage-based revenue streams since their revenue growth and margins are closer to Unity’s.

As companies like Facebook, Microsoft, Niantic and others evolve their augmented and virtual reality ecosystems, Epic and Unity may find new worlds to conquer. If public markets can find the cash.