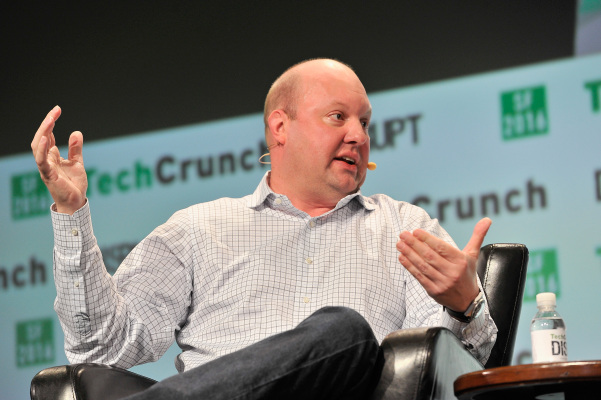 Andreessen Horowitz (a16z) has closed a pair of funds totaling $4.5 billion, the firm confirmed in a blog post this morning. The firm has raised $1.3 billion for an early-stage fund focused on consumer, enterprise, and fintech; and closed a $3.2 billion growth-stage fund for later-stage investments. The firm did not immediately respond to request…

Andreessen Horowitz (a16z) has closed a pair of funds totaling $4.5 billion, the firm confirmed in a blog post this morning. The firm has raised $1.3 billion for an early-stage fund focused on consumer, enterprise, and fintech; and closed a $3.2 billion growth-stage fund for later-stage investments. The firm did not immediately respond to request for comment.

The funds may seem somewhat typical, given the size of new funds that venture firms have been raising in recent years, Still, these are extraordinary amounts given that a16z, with offices in Menlo Park and San Francisco, was founded just 11 years ago.

As extraordinary, they bring the firm’s total assets under management to $16.5 billion.

It was just 20 months ago that a16z closed its most recent pair of funds — a $2 billion late-stage fund, and a $740 million flagship early-stage fund.

It also announced a separate, $515 million crypto-focused fund back in April of this year, its second such vehicle. And, in February, it rolled out its third biotech and healthcare investing fund, which closed with $750 million in capital commitments.

That’s a lot of capital to capture in one year. Then again, its limited partners have had reason to feel optimistic about its portfolio. In January, for example, the fintech company Plaid, whose Series C round a16z joined in late 2018, was acquired by Visa for a hefty $5.3 billion after raising roughly $310 million altogether.

The Justice Department recently sued to block the deal on antitrust grounds, but even if it’s unwound, industry observers like Plaid’s prospects.

The firm is also an investor in the soon-to-be-publicly traded accommodations marketplace Airbnb, though notably, according to Airbnb’s S-1, a16z does not own enough of the company to be listed on the filing, despite that it led the company’s Series B round in 2011 and despite that general partner Jeff Jordan sits on the company’s board and would need to list any ownership position as a result.

We’ve asked if it sold part of its stake, possibly earlier this year. We have to assume it exited its investment at some point, though we’re still awaiting word back.

Another of a16z’s portfolio companies, the pay-as-you-go lending company Affirm, has also filed to go public. Andreessen Horowitz first participated in the company’s Series B round back in 2015. It is also not listed on Affirm’s S-1 filing, meaning it owns less than 5% of the company.

And the firm is an investor in the game company Roblox, whose $150 million Series G round it led earlier this year. Roblox made its S-1 public just earlier this week; a16z is not listed on it.

A16z also recently launched a TxO accelerator, which uses a donor-advised fund to invest in underrepresented founders. Led by a16z partner Nait Jones, TxO has invested $100,000 each in an initial cohort of seven companies in exchange for 7% of ownership stake.

The donor-advised fund launched with $2.2 million in initial commitments, with Ben and Felicia Horowitz announcing that they would match up to $5 million. Any returns from companies in the fund will be repurposed into the investment vehicle. The firm has declined to share the fund’s total size to date.

One of a16z’s biggest wins to date appears to be Github, which sold to Microsoft in a $7.5 billion all-stock deal in 2018 and from which a16z reportedly pocketed more than $1 billion. When it invested in the company, it wrote the biggest check it had issued at the time: $100 million. The terms were enough for a16z to win the deal against some tough competition, including Benchmark, which was also trying to woo Github at the time, as general partner, Peter Fenton, said recently.

If you didn’t make $1B this week, you are not doing VC right