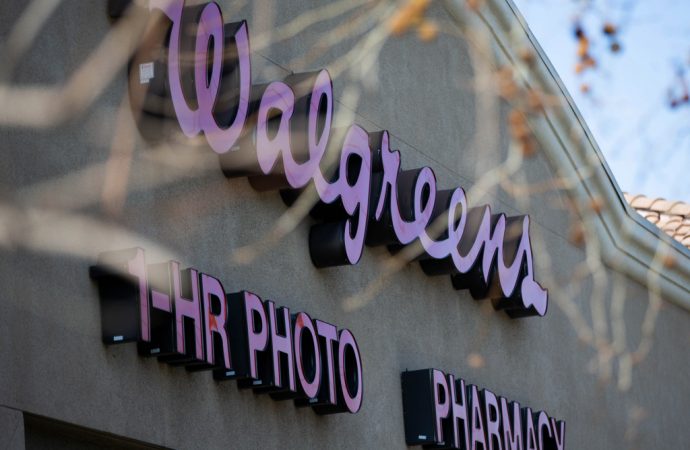 Originally Published: 16 JUN 21 16:05 ET By Eric Levenson and Cheri Mossburg, CNN (CNN) — A brazen daytime shoplifting incident captured on video at a Walgreens in San Francisco on Monday has highlighted what local officials say has become a consistent problem, particularly for chain drug stores in the city. The video, captured by…

(CNN) — A brazen daytime shoplifting incident captured on video at a Walgreens in San Francisco on Monday has highlighted what local officials say has become a consistent problem, particularly for chain drug stores in the city.

The video, captured by a reporter for CNN affiliate KGO, shows a suspected shoplifter taking items from a Walgreens and putting them into a black garbage bag. The suspect continues even as three people, including the store’s security guard, begin filming on their cell phones just feet away.

The suspect then puts the bag of items on his bike and rides toward the guard, who attempts to grab at the bag but allows the person to pass. The shoplifter then leaves the store with the bag on the bike, the video shows. No one was injured.

San Francisco Police spokesman Adam Lobsinger said police were aware of the incident and that the SFPD Northern Station Investigations Team and the SFPD Burglary Unit are investigating.

The shoplifting incident is a visible example of what a Walgreens spokesman said was a broader, persistent problem in San Francisco.

“Unfortunately, this is another example of blatant retail theft which is an ongoing problem for several retailers in San Francisco,” Walgreens spokesman Phil Caruso said in an email.

Last month, San Francisco Board of Supervisors member Ahsha Safai held a hearing to discuss the city’s shoplifting problem, and retailers including Walgreens and CVS spoke up about the issue.

“This has been out of control,” Safai said at the hearing. “People are scared to go into these stores: seniors, people with disabilities, children. And it’s just happening brazenly. We can’t just as a city throw up our hands and say this is OK.”

Ben Dugan, CVS director of organized retail crime and corporate investigations, also provided internal data at the hearing showing similar issues concentrated in San Francisco. There are 155 CVS stores in the Bay Area, including 12 in San Francisco; yet those 12 stores make up 26% of all shoplifting incidents in the region, CVS said.

He called San Francisco “one of the epicenters of organized retail crime” and said the items are being stolen with the intent of selling them for re-profit.

The scale of these crimes can sometimes be startling. Last October, for example, five people were arrested for allegedly buying stolen goods and reselling them. The joint investigation seized and recovered about $8 million in stolen merchandise from retailers across the region such as CVS, Target and Walgreens, according to the California Attorney General’s Office.

Still, the vast majority of larceny theft cases are not solved. SFPD data shows just 2.8% of these crimes so far this year have been cleared.

San Francisco District Attorney Chesa Boudin’s office said they have not received or learned of any arrests in the video from Monday.

“These videos and stories are infuriating,” the office said. “We support businesses experiencing these crimes and respect their policies to prioritize protecting their staff and customers above merchandise.”

“Unfortunately, because arrests happen in less than 3 percent of reported thefts, these cases are rarely presented to us for prosecution — and when they are, we prosecute the vast majority of them,” Boudin’s office said. “But because arrests are so infrequent, our office has been proactively partnering with stores like Walgreens on prevention programs as well as partnering with other jurisdictions — which last year, led to the recovery of over $11 million in stolen merchandise.”

In comments to KGO on Tuesday, San Francisco Mayor London Breed said she had met with Walgreens executives to discuss a policy about potentially limiting the number of people who come in to the stores to try to solve the issue.

“We know that some of the Walgreens and CVSes sadly have been hit hard,” she said.

She also called for more police officers on the street to better know and patrol these neighborhoods.

“Ultimately we do need more police officers,” she said. “Not because we’re trying to have a significant force, it’s more so because we have people retiring or leaving. And it’s important to make sure that we have the sufficient staff to walk the beat. All the things that are constantly asked of us from people in communities that they want police officers, they want them out there walking the beat. That’s how you get to know the residents that you serve.”

“There’s no easy solution to this,” she added, “but having police officers is definitely a need in a major city like San Francisco.”